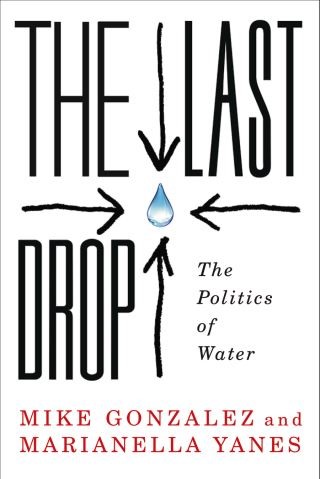 The Politics of Water

Indispensable for human existence yet increasingly owned and controlled by private capital; the last decade has witnessed an intensifying battle for water. The Last Drop is a wake-up call to everyone who takes for granted what comes out of their kitchen tap.

This book traces a path through the arguments that surround the question of water, setting out to make the scientific arguments more accessible and the political questions more urgent. The exploding profits of the multinational companies which dominate the water industry are testimony to how high the stakes are - by 2012 it had become a worth a trillion dollars.

Against the market fundamentalists, the authors argue that it is both possible and necessary that considerations of equity and social justice prevail. They call for our water supply to be saved from subordination to the whims of the multinationals and placed under direct democratic public control.

Mike Gonzalez is Emeritus Professor of Latin American Studies at the University of Glasgow. He is the author of The Ebb of the Pink Tide (Pluto, 2018) The Last Drop: The Politics of Water (Pluto, 2015) and Hugo Chavez: Socialist for the Twenty-first Century (Pluto, 2014). He is co-editor of Arms and the People (Pluto, 2012).

Marianella Yanes is a Venezuelan journalist and writer for television and film. Until January 2009 she worked for the Venezuelan State Oil Corporation (PDVSA) as a journalist and documentary maker. She is the co-author of The Last Drop (Pluto, 2015).