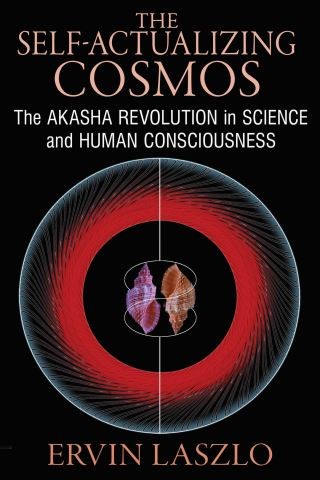 The Akasha Revolution in Science and Human Consciousness

• Reveals the cosmos to be a self-actualizing, self-organizing whole, bringing forth life and consciousness in countless universes

• Explores the latest discoveries in the sciences of life, mind, and cosmos

Science evolves through alternating phases of “normal science” and radical shifts that create scientific revolutions. We saw this at the turn of the 20th century, when science shifted from a Newtonian worldview to Einstein’s relativity paradigm, and again with the shift to the quantum paradigm. Now, as we recognize the nonlocal interconnection of all things in space and time, we find our scientific worldview shifting once again.

With contributions by physicists Paul A. LaViolette and Peter Jakubowski, pioneering systems scientist Ervin Laszlo explores the genesis of the current revolution in scientific thought and the latest findings in support of the Akashic field. He explains how the burgeoning Akasha paradigm returns our way of thinking to an integral consciousness, a nonlinear mode of understanding that enables us to accept the reality of nonlocal interconnection throughout the world. This new inclusive way of understanding reaffirms the age-old instinctive comprehension of deep connections among people, societies, and nature, and it integrates and transcends classical religious and scientific paradigms.

Providing examples from cutting-edge science of quantum-resonance-based interactions among all living systems, Laszlo shows the cosmos of the Akasha to be a self-actualizing, self-organizing whole, where each part is in coherence with all others and all parts together create the conditions for the emergence of life and consciousness. The advent of the Akasha paradigm marks a new stage in science’s understanding of the fundamental nature of the world and offers unique guidance for contemporary efforts to create a peaceful and sustainable world.

Ervin Laszlo: Ervin Laszlo is a philosopher and systems scientist. Twice nominated for the Nobel Peace Prize, he has published more than 75 books and over 400 articles and research papers. The subject of the one-hour PBS special Life of a Modern-Day Genius, Laszlo is the founder and president of the international think tank the Club of Budapest and of the prestigious Laszlo Institute of New Paradigm Research. The winner of the 2017 Luxembourg Peace Prize, he lives in Tuscany. In 2019, Ervin Laszlo was cited as one of the "100 Most Spiritually Influential Living People in the World" according to Watkins Mind Body Spirit magazine.