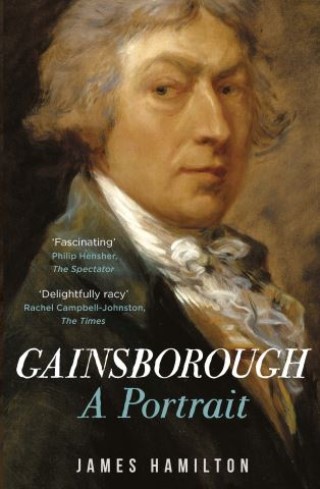 ** Selected as a Book of the Year in The Times, Sunday Times and Observer **

Thomas Gainsborough (1727-88) lived as if electricity shot through his sinews and crackled at his finger ends. He was a gentle and empathetic family man, but had a shockingly loose, libidinous manner and a volatility that could lead him to slash his paintings.

James Hamilton reveals the artist in his many contexts: the talented Suffolk lad, transported to the heights of fashion; the rake-on-the-make in London, learning his craft in the shadow of Hogarth; the society-portrait painter in Bath and London who earned huge sums by charming the right people into his studio. With fresh insights into original sources, Gainsborough: A Portrait transforms our understanding of this fascinating man, and enlightens the century that bore him.

James Hamilton: James Hamilton is an art and cultural historian. His books include TURNER: A LIFE, shortlisted for the James Tait Black Memorial Prize, and A STRANGE BUSINESS: MAKING ART AND MONEY IN NINETEENTH-CENTURY BRITAIN, which in 2014 was named Art Book of the Year by the SUNDAY TIMES. Hamilton was curator of art collections and projects in Portsmouth, Wakefield, Sheffield, Leeds and the University of Birmingham, where he is a Fellow of the Barber Institute of Fine Arts.