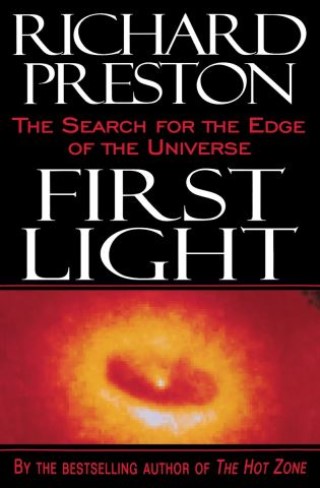 The Search for the Edge of the Universe

Seven years before Richard Preston wrote about horrifying viruses in The Hot Zone, he turned his attention to the cosmos. In First Light, he demonstrates his gift for creating an exciting and absorbing narrative around a complex scientific subject--in this case the efforts by astronomers at the Palomar Observatory in the San Gabriel Mountains of California to peer to the farthest edges of space through the Hale Telescope, attempting to solve the riddle of the creation of the universe.

Richard Preston's name became a household word with The Hot Zone, which sold nearly 800,000 copies in hardcover, was on The New York Times's bestseller list for 42 weeks, and was the subject of countless magazine and newspaper articles. Preston has become a sought-after commentator on popular science subjects.

Richard Preston: Richard Preston received The Overseas Press Club of America's 1995 Whitman Bassow Award for "best reporting in any medium on environmental issues" for The Hot Zone. First Light, Preston's first book, won the American Institute of Physics Science Writing Award. He is a regular contributor to The New Yorker. Preston lives in Princeton, New Jersey, with his wife and children.