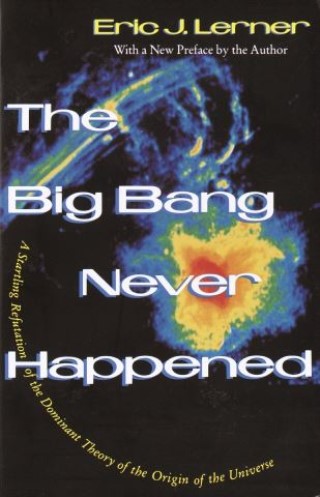 A mesmerizing challenge to orthodox cosmology with powerful implications not only for cosmology itself but also for our notions of time, God, and human nature -- with a new Preface addressing the latest developments in the field.

Far-ranging and provocative, The Big Bang Never Happened is more than a critique of one of the primary theories of astronomy -- that the universe appeared out of nothingness in a single cataclysmic explosion ten to twenty billion years ago. Drawing on new discoveries in particle physics and thermodynamics as well as on readings in history and philosophy, Eric J. Lerner confronts the values behind the Big Bang theory: the belief that mathematical formulae are superior to empirical observation; that the universe is finite and decaying; and that it could only come into being through some outside force. With inspiring boldness and scientific rigor, he offers a brilliantly orchestrated argument that generates explosive intellectual debate.