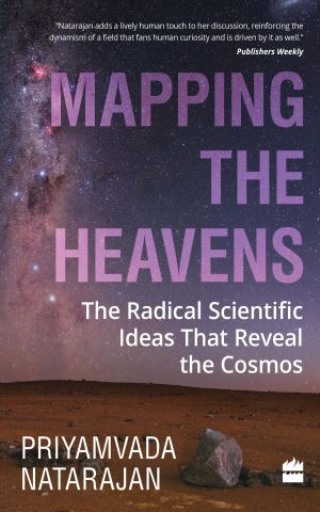 The Radical Scientific Ideas That Reveal the Cosmos

It was while growing up as a child in India that astrophysicist Priyamvada Natarajan felt the need to locate herself in the world. Her love affair with scientific discovery and exploration started when she wrote the code to generate the monthly sky map over Delhi for a national newspaper.Mapping the Heavens provides a tour of the greatest hits of cosmological discovery. The cosmos, once understood to be alone and small, filled with the ordinary, is now a universe that is expanding at an accelerating pace, structured by dark matter and propelled by dark energy. Natarajan is currently involved in one of the largest and most innovative mapping exercises of the universe ever undertaken---the Hubble Fields Initiative.

Priyamvada Natarajan: Priyamvada Natarajan is professor of astronomy and physics at Yale University and holds the Sophie and Tycho Brahe Professorship at the Dark Center, Niels Bohr Institute in Copenhagen. Her research on dark matter, dark energy and black holes has won her many awards and honors, including the Guggenheim and Radcliffe Fellowships. She writes for The New York Review of Books.