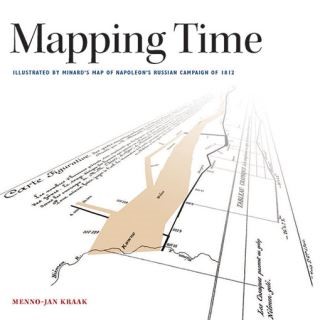 Illustrated by Minard's Map of Napoleon's Russian Campaign of 1812

Mapping Time: Illustrated by Minard's Map of Napoleon's Russian Campaign of 1812 considers the cartographic challenge of visualizing time on a map. Inspired by graphic innovator Charles Minard’s classic map of France’s disastrous invasion of Russia, this book combines historical and geographic analysis with cartographic visualizations of mapping change over time. It includes more than 100 full-color illustrations.

Menno-Jan Kraak: Menno-Jan Kraak is professor of geovisual analytics and cartography in the department of geoinformation science and earth observation (ITC), University of Twente, The Netherlands. He has written more than 200 publications on cartography and GIS, most notably, with Ormeling, the textbook Cartography, Visualization of Geospatial Data (Pearson Education, 2010), which has been translated into five languages.