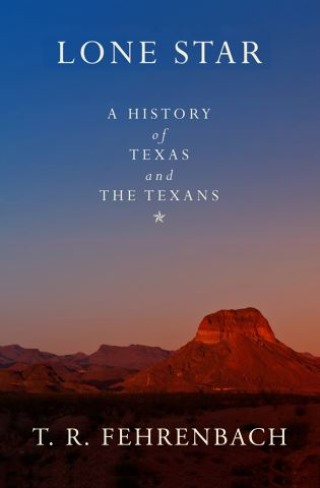 A History of Texas and the Texans

The definitive account of the incomparable Lone Star state by the author of Fire & Blood: A History of Mexico.

T. R. Fehrenbach is a native Texan, military historian and the author of several important books about the region, but none as significant as this work, arguably the best single volume about Texas ever published. His account of America's most turbulent state offers a view that only an insider could capture. From the native tribes who lived there to the Spanish and French soldiers who wrested the territory for themselves, then to the dramatic ascension of the republic of Texas and the saga of the Civil War years. Fehrenbach describes the changes that disturbed the state as it forged its unique character. Most compelling is the one quality that would remain forever unchanged through centuries of upheaval: the courage of the men and women who struggled to realize their dreams in The Lone Star State.

T. R. Fehrenbach: During World War II, the late Fehrenbach served with the US Infantry and Engineers as platoon sergeant with an engineer battalion. He continued his military career in the Korean War, rising from platoon leader to company commander and then to battalion staff officer of the 72nd Tank battalion, 2nd Infantry Division. Prior to his military involvement, a young T. R. Fehrenbach, born in San Benito, Texas, worked as a farmer and the owner of an insurance company. His most enduring work is Lone Star, a one-volume history of Texas. In retirement, he wrote a political column for a San Antonio newspaper. He sold numerous pieces to publications such as the Saturday Evening Post and Argosy. He is author of several books, including U.S. Marines in Action, The Battle of Anzio, and This Kind of War.