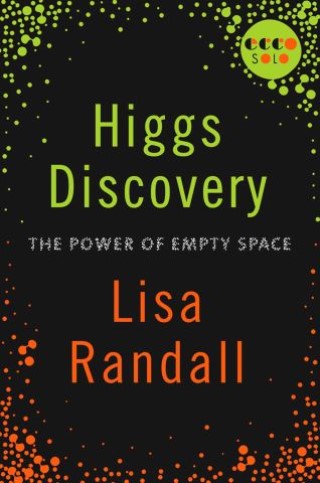 On July 4, 2012, physicists at the Large Hadron Collider in Geneva madehistory when they discovered an entirely new type of subatomic particle that many scientists believe is the Higgs boson. For forty years, physicists searched for this capstone to the Standard Model of particle physics—the theory that describes both the most elementary components that are known in matter and the forces through which they interact. This particle points to the Higgs field, which provides the key to understanding why elementary particles have mass. In Higgs Discovery, Lisa Randall explains the science behind this monumental discovery, its exhilarating implications, and the power of empty space.

Lisa Randall studies theoretical particle physics and cosmology at Harvard University, where she is Frank B. Baird, Jr., Professor of Science. A member of the National Academy of Sciences, the American Philosophical Society, and the American Academy of Arts and Sciences, she is the recipient of many awards and honorary degrees. Professor Randall was included in Time magazine's "100 Most Influential People" of 2007 and was among Esquire magazine's "75 Most Influential People of the 21st Century." Professor Randall's two books, Warped Passages (2005) and Knocking on Heaven's Door (2011) were New York Times bestsellers and 100 Notable Books. Her stand-alone e-book, Higgs Discovery: The Power of Empty Space, was published in 2012.