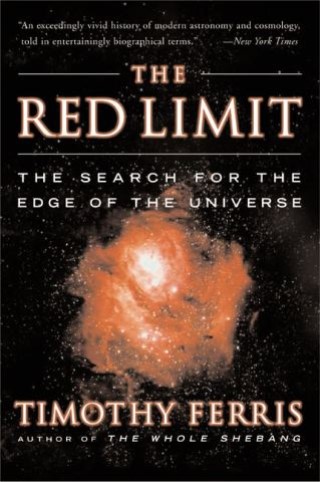 The Search for the Edge of the Universe

For centuries, it was assumed that our universe was static. In the late 1920s, astronomers defeated this assumption with a startling new discovery. From Earth, the light of distant galaxies appeared to be red, meaning that those galaxies were receding from us. This led to the revolutionary realization that the universe is expanding. The Red Limit is the tale of this discovery, its ramifications, and the passionately competitive astronomers who charted the past, present, and future of the cosmos.

Timothy Ferris's works include Seeing in the Dark, The Mind's Sky (both New York Times best books of the year), and The Whole Shebang (listed by American Scientist as one of the one hundred most influential books of the twentieth century). A fellow of the American Association for the Advancement of Science, Ferris has taught in five disciplines at four universities. He is an emeritus professor at the University of California, Berkeley and a former editor of Rolling Stone. His articles and essays have appeared in The New Yorker, Time, Newsweek, Vanity Fair, National Geographic, Scientific American, The Nation, The New Republic, The New York Review of Books, The New York Times Book Review, and many other publications. A contributor to CNN and National Public Radio, Ferris has made three prime-time PBS television specials: The Creation of the Universe, Life Beyond Earth, and Seeing in the Dark. He lives in San Francisco.