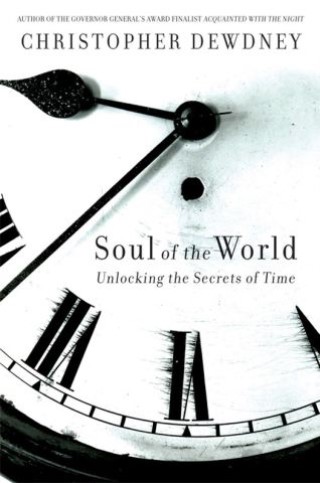 The Soul Of The World

Unlocking the Secrets of Time

Blending science with an evocative narrative, Christopher Dewdney takes readers on a fascinating journey to the most elusive and fluid of the dimensions lying within human perception: time. As he did with the hours between dusk and dawn in Acquainted with the Night, Dewdney unlocks all of today, tomorrow and yesterday through his wide-ranging narrative. He shows how time has been imagined through the ages in mythology, philosophy, art and science, answering the questions that have engaged inquiring minds since before recorded history. Why does time flow in only one direction? Is time travel actually possible? Why does time go faster the higher you are from the earth’s surface? Spun out across the seasons of a year and through encounters with friends, family and strangers, Soul of the World offers extraordinary insights into the nature of time and its influence on us.

Christopher Dewdney is one of Canada's most articulate and thoughtful cultural commentators. He has published three books of popular non-fiction, including The Immaculate Perception, which was nominated for the Governor General's Award, and Last Flesh. He also penned 11 highly acclaimed books of poetry and won first prize for poetry in the CBC Literary Competition. Fluent in several scientific disciplines, Christopher Dewdney makes his home in Toronto, where he teaches creative writing at York University.