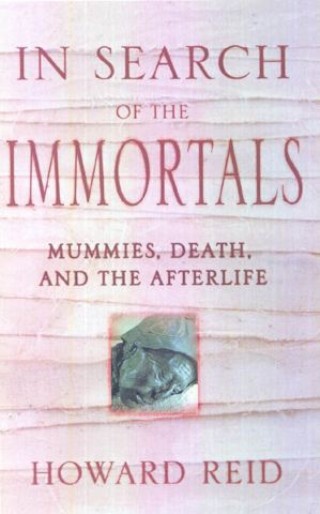 In Search of the Immortals

Mummies, Death and the Afterlife

Everyone knows that the ancient Egyptians were great mummifiers, and their sarcophagi and bandage-wrapped corpses are familiar images to us all. Yet across the vast sweep of history, we find many other great cultures in which the bodies of the dead were preserved as a matter of course.

In coastal Peru were the Chinchorros, whose mummifying culture flowered several millennia before Egypt's, and in the Andes were the Chachapoyas, the 'Cloud People,' a lost civilization which has only recently begun to be understood. In China's Taklamakan desert, the oddly-Caucasian looking people who established the Silk Route, which made possible the first trade between East and West, have left behind stunningly lifelike mummies. The ritually sacrificed bodies preserved in the peat bogs of northern Europe give us an extraordinary insight into life in the Dark Ages. And in the Canary Islands, perhaps most surprisingly of all, lived the Guanches, whose sophisticated mummification techniques - and whose cultural links with the Egyptians - Howard Reid explores here for the first time.

Taking his extraordinary first-hand experiences of discovering and filming mummies all over the world as his starting point, Howard Reid brings these ancient cultures vividly to life. And in so doing, In Search of the Immortals comes to represent his personal quest to find an answer to that most epic and timeless of human problems: the meaning of death.

Howard Reid is a documentary filmmaker and anthropologist who, among other things, has spent several months living with the Tuareg people of North Africa and two years with hunter-gatherers in the Amazon basin. He has a Ph.D. from Cambridge University and has made many popular and award-winning films for the BBC and Channel 4 about ancient civilizations, religions and cultures around the world.