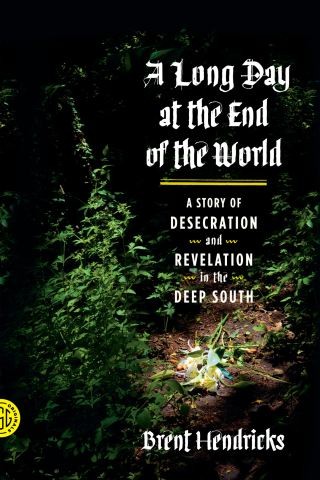 A Long Day at the End of the World

A Story of Desecration and Revelation in the Deep South

A chilling memoir of the Tri-State Crematory incident

In February 2002, hundreds of abandoned and decayed bodies were discovered at the Tri-State Crematory in rural Georgia, making it the largest mass desecration in modern American history. The perpetrator—a well-respected family man and a former hometown football star—had managed to conceal the horror for five years.
Among the bodies found at the Tri-State Crematory was that of Brent Hendricks's father. To quell the psychic disturbance surrounding the desecration, Hendricks embarked on a pilgrimage to the crematory site in Georgia. In A Long Day at the End of the World, he reveals his very complicated relationship with the South as he tries to reconcile his love-hate feelings for the culture with his own personal and familial history there, and his fascination with the disturbed landscape. In achingly beautiful prose, Hendricks explores his fraught relationship with his father—not just the grief that surrounded his death but the uncanniness of his resurrection.
It's a story that's so heart-wrenching, so unbelievable, and so sensational that it would be easy to tell it without delving deep. But Hendricks's inquiry is unrelenting, and he probes the extremely difficult questions about the love between a parent and a child, about the way human beings treat each other—in life and in death—and about the sanctity of the body. It's the perfect storm for a true Southern Gothic tale.

Brent Hendricks: Brent Hendricks is a graduate of the University of Virginia, Harvard Law School, and the MFA program at the University of Arizona. He is the author of a book of poems, Thaumatrope, and has been published in such places as Poetry, Ploughshares, The Iowa Review, Conjunctions, The Southern Review, and Bomb magazine. He lives in Tucson, Arizona.