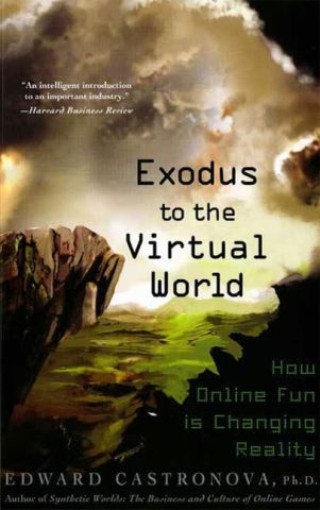 Exodus to the Virtual World

How Online Fun Is Changing Reality

Virtual worlds have exploded out of online game culture and now capture the attention of millions of ordinary people: husbands, wives, fathers, mothers, workers, retirees. Devoting dozens of hours each week to massively multiplayer virtual reality environments (like World of Warcraft and Second Life), these millions are the start of an exodus into the refuge of fantasy, where they experience life under a new social, political, and economic order built around fun. Given the choice between a fantasy world and the real world, how many of us would choose reality? Exodus to the Virtual World explains the growing migration into virtual reality, and how it will change the way we live--both in fantasy worlds and in the real one.

Edward Castronova: Edward Castronova is Professor of Media at Indiana University, USA. He is the author of Synthetic Worlds: The Business and Culture of Online Games (2006), Exodus to the Virtual World (2008) and Wildcat Currency: The Virtual Transformation of the Economy (2014). He specializes Games, Technology, and Society, and has served in the past as Director of the BS degree program in Game Design, and Chair of the Department of Media Arts and Production.