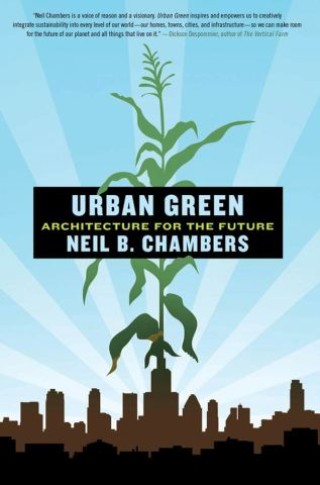 Architecture for the Future

Sustainable design is booming, but the men and women dedicated to reducing their carbon impact have lost sight of what they are trying to save: the natural world. Author Neil Chambers has been at the forefront of cutting-edge, sustainable architecture for years, and Urban Green is his revolutionary vision for bringing the power of the conservation and design movements together. He advocates looking to nature for the missing components of the green revolution: oysters that can clean water at up to 5 liters an hour; beavers that reshape their environments while simultaneously enriching ecosystems; and mountains that offer a new way of imagining how a city could be built. By designing our homes and cities in harmony with the natural world, we can take the next step in the sustainable revolution.

Neil B. Chambers: Neil B. Chambers is an award-winning green designer and founder of Chambers Design, Inc. and Green Ground Zero. He is the author of Urban Green. He serves as an adjunct professor at NYU, teaching green design and environmental policy, and is a national fellow with the Environmental Leadership Program. Chambers has a growing media presence, both in traditional media and the blogosphere, where his blog on Treehugger.com, which is owned by Discovery, has an active following of 90,000 readers. He has also been featured in The Village Voice, Architectural Record, The Sun News and Timeout, and has been interviewed by BBC News, NY1, and Guernica magazine, which called him a “green guru.”